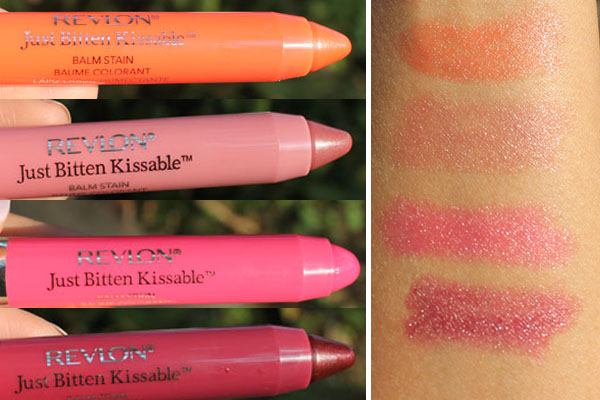 The commercials with Gwen Stephani flaunting hot red lips for the new L’Oreal Infallible Le Rouge have been calling my name saying “Try me! Try Me!”

I found 4 nice colors to try and with a little coupon maneuvering and sales I got them for right at about $6 each.

One thing that I didn’t mention in the video, is that these have no smell or taste, which some can be sensitive to. I would give these a B+ for long lasting color and great color variety.

This is a tee tiny haul from CVS using my $3 off $10 Beauty purchase at CVS… Make sure you scan your card this week to save! It’s only this week.

What sucks is that there aren’t any many sales at CVS on cosmetics, like BOGOs and such. However, Sally Henson products are BOGO 50% off, you can get $5 ExtraBucks when you spend $15 on Maybelline and $4 ExtraBucks if you buy select Revlon products.

I went for the Revlon deal to try out the new Custom Eyes Mascara (Blackest Black/ Waterproof) and one of the new L’Oreal Infallible La Rouge Lipsticks in Blazing Sangria.

Also, if you are in the CVS Beauty Club (if not, it’s totally free and you get more ExtraBucks) you can scan your card to see if you’ve reached your $5 ExtraBucks reward for spending $50… and you know I did. After the CVS clearance I’ve racked up some serious points.

I haven’t tried the mascara but the wand snaps to 2 positions giving you either voluminous or defined lashes.

As for the lipstick, I wore it — of course — for the rest of the day and it is a long wear formula, meant to last 10 hours. It does last long and the color is a less dramatic red that I think can transcend seasons through out the year.

It’s not too bright, or too bold but has lots of pigmentation. It has a bit of an orange undertone, hence the name Blazing Sangria. One of my favorite drinks!

Keys to making this work… Make sure that you wait about 2 minutes so that it dries. The lip balm keeps your lips moisturized. Lastly, oil foods/drinks will make it fade some.

Overall I do love the product and colors! Linda Evangelista’s Beige is a great nude.